The Grashof incubator is a cheaper and more affordable alternative to the mainstream incubators most commonly used in hospitals. The incubator is the product of many years of hard work and testing done by a team that was led by Prof.Dr. Ir. Raldi A. Koestoer DEA. The creation of the incubator itself was motivated by social motives instead of a profit-oriented motive. The objective behind the creation itself is to help premature babies that come from lower income families and families that couldn’t afford high price cost for a NICU facilities in the hospital include utilisation of incubators, so their premature babies could be helped. Therefore, it meant that anyone from lower class family can use the device without paying a single cent to the team. 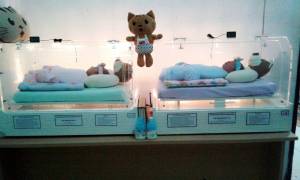 As hot air leaves the heating chamber, the pressure in the chamber becomes smaller and smaller, creating some sort of vacuum that will draw in more air from the surrounding environment outside of the chamber. This transfer of cold air is made possible with other small halls positioned between the environment and the incubator.